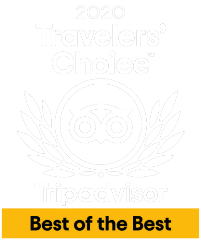 In Elkaduwa, a village in the Kandy city of Matale District, Hunnas falls or Hunnasgiriya waterfall is located. The waterfall is originated from Hunnasgiriya peak which is situated at the one end of knuckles range. Around the water fall, a rich botany of hill country is available. On your way to Hunnas falls you can treat your eyes with greeny tea plants and traditional village views. The cool climate which ranges between 17degrees to 25degrees welcomes more tourists to adore the picturesque view.

Sembuwatta Lake is a tourist attraction situated at Elkaduwa in the Matale District of Sri Lanka, adjacent to the Campbell’s Lane Forest Reserve.A paradise like location which is a lake of natural spring water, serves as one of the major attractions of the hill country. It is set amongst the sprawling tea gardens, and reflects the environment at its most magnificent. Towering from the lake are the beautiful green mountains with a thick pines forest where you can take time to climb up.

Polgolla Diversion Complex consisting of a diversion dam built across the Mahaweli Ganga at Polgolla for diverting the waters of the river to the Dry Zone through five miles long an under-ground tunnel connecting Mahaweli to the Sudu Ganga, and Hydro-electric power station of 40 MW. An extent of approximately 140 hectares (350 acres) of land had been acquired for this complex.

The Sri Dalada Maligawa is surrounded by lush green mountains, Kandy Lake and most of the Sri Lankan tea estates are situated close to Kandy mainly because of the pleasing weather the city has. The temple is open from dawn to dusk. It houses a tooth relic of the Lord Buddha, and is consequently considered one of Sri Lanka’s most holy shrines. The Sri Dalada Maligawa has a great religious value to Sri Lanka and Buddhists around the world. Because of these in 1998 the UNESCO declared Dalada Maligawa (The temple of tooth relic) as a world heritage site.

Built by the last monarch of Kandy and Sri Lanka, Wikrama Rajasinhe, Kandy lake to add splendor to Temple of the Tooth and a fake advancement indicating the remains of the last Sri Lankan kingdom. The Kandy lake has an island at within which is similarly a fake creation of the lord. It was at first, part of a dam, which Lord Ramasinghe had created over to the lake, yet, it was soon wrecked from both terminations, leaving essentially the island in the middle.

A commercial and shopping complex at Dalada Veediya, Kandy is the most modern commercial complex in Sri Lanka. The Complex is designed with ultra modern features yet preserving the iconic Kandyan architecture. Several leading banks, a fully equipped supermarket, a variety of restaurants, an entertainment zone, a well designed state of the art food court will also feature in the Complex.

Bahirawa Kanda temple is very famous tourist attraction in Kandy. The omnipresent statue can be seen from almost everywhere in Kandy city. The importance of the statue of Lord Buddha here is, it is the second largest sitting statue in Sri Lanka. As well as the statue can be seen from anywhere in the city, you can see the whole city from the Bahirawa Kanda temple. You can even go up to the shoulder level of the statue via the stairs behind it.

The stadium was declared opened on November 27, 2009. Pallekele International Cricket Stadium became the 104th Test venue in the world in December 2010. The stadium was built by the State Engineering Corporation of Sri Lanka along the lines of SuperSport Park in Centurion, South Africa.

The Ceylon Tea Museum is located at Hantane Tea Factory, about 5km from Kandy. Today, the ground floor remains much as it was when the factory was operational, demonstrating the process of manufacture, while the upper floors house are used to house other exhibits and a library, a space for audio-visual presentations and a restaurant.

Udawatta Kele Sanctuary or the Royal Forest Park of Kandy is siuated on the hillside behind the Dalada Maligawa. This forest extents about 257 acres and is considered to be a vital Bio reserve for the much populated Kandy City. The important places in Udawatta Kele are the The water Pond, Highest peak “Kodimale”, The Senkanda Cave, and the Garrison cemetery. There are also several Buddhist temples and hermitages inside the forest reserve.

British Garrison Cemetery was opened in 1822 and closed by Governor’s Proclamation in the mid – 1870’s, except for those with a relation already buried therein.
After recent restoration, anyone interested is now more than welcome to visit this slightly bizarre reminder of the past, where chatting monkeys and the acrid smell of elephants mingle with the peace and quite of this tranquil spot.

Peradeniya Botanic Gardens, botanical garden in Peradeniya, near Kandy, Sri Lanka. The gardens were founded in 1821 primarily to introduce coffee trees and various other tropical plants of economic importance to the region. Now it’s well known for its rich and varied collections of tropical woody plants. Occupying 59 hectares (146 acres), it has about 4,000 species of plants. The most important specimens of the garden include palms, some of which are planted in impressive avenues.

The Kandy National Museum is a museum of the history of the city of Kandy, particularly as it relates to the Kandyan period, between the seventeenth and nineteenth centuries. It is housed in what was the Palle Vahala – home of the country’s queens (and concubines) – during the reign of Sri Wickrama Rajasingha (1780-1832).

Today, the Kandy National Museum displays an array of historical objects – over five thousand in all – right up to the 1815 document that transferred power to the British.